With an inflation rate of 18.2%, Burkina Faso remains for the 6th consecutive time, the WAEMU country where the general level of prices has increased the most in one month, according to Sika Finance.

“This sharp price increase is mainly noticeable in food products, the prices of which soared by 30.7% in July 2022, year-on-year,” writes the newspaper, which indicates that fresh vegetables contributed nearly 40% to the increase. global inflation.

The prices of local products increased by 23.4% over the period, against an increase of only 5% for the prices of imported products, reveals our colleague.

The high cost of living in Burkina Faso has been skyrocketing in recent months, in that the prices of almost all products have increased.

If the decline in the productivity of local agriculture is pointed out because of insecurity, the « bad faith » or at least the « frantic » search for money by certain traders is also questioned, by a large majority of Burkinabè consumers. There are also the consequences of COVID-19.

Several opinions believe that the increase in the prices of consumer products in particular greatly exceeds the purchasing power of Burkinabè, thus making life more complex.

In March 2022, the increase in the general level of consumer prices year-on-year (the inflation rate) stood at 13.5% in the country, against an average rate of 6.6% for the other countries of UEMOA, according to Professor Mahamadou Diarra, President of the Center for Studies and Research on Economic Integration in Africa (CERIEA).

“Inflation is very likely to increase for the coming months, as we are approaching the well-known lean season in our countries with its inflationary peaks,” he said.

Read : Niger : “Suellen Tennyson was handed over to the Americans by the Nigerien authorities”, Minister of the Interior 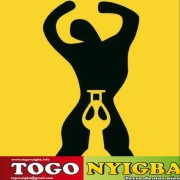